In memorial moment at Sabang (Part I)

Every I heard about Sabang City I always remembered when I was kid. Sabang is located on the top of Indonesia Map or on the west Indonesia. Its part of Nanggroe Aceh Darussalam province, The most people here is moslem and Islam justice rules here.

Usually I got there by bicycle. not far from this beach, there is a the dutch bunker, when the dutch ruled Indonesia they made a bunker here to defence from British and Portugese attacked.


According my brohter tales in this place there are haunted, He ever saw the hanging breast on the coconut tree when he was going home from his friend's house 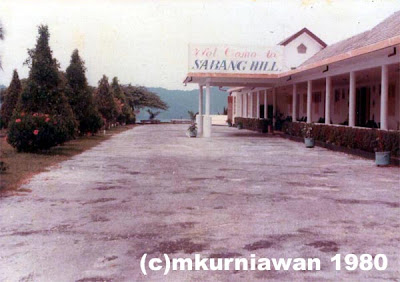